A lovely signed and dated drawing on paper by Bernard Druet the french painter who was influenced by the impressionists and exhibited in Paris at the Salons from 1966.

Bernard Druet was largely self-taught, he painted from the age of 17, benefitting from his artistic family background in the early part of his career and later, at end beginning of World War II, receiving some guidance from Bonnard. He settled in Paris in 1965 but also lived for a long time in the south of France, with which he retained close links.

At the beginning of his career, Druet was influenced by the Impressionists. His painting, which is marked by the characteristic light and pleasure of living in the south of France, blends a certain amount of innocence with humor and expresses itself most clearly when praising the satin flesh of beautiful girls, the joy of sunny landscapes, the cheerfulness of children with a look of surprise on their faces, and the peacefulness of Druet’s own street in Montmartre. 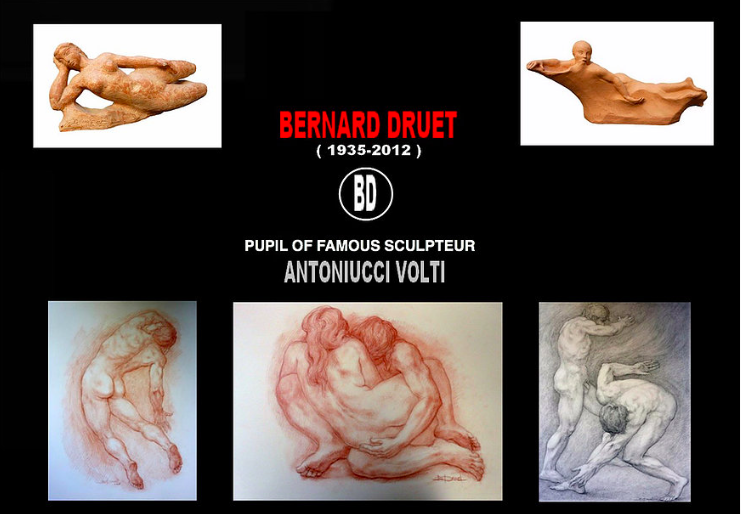 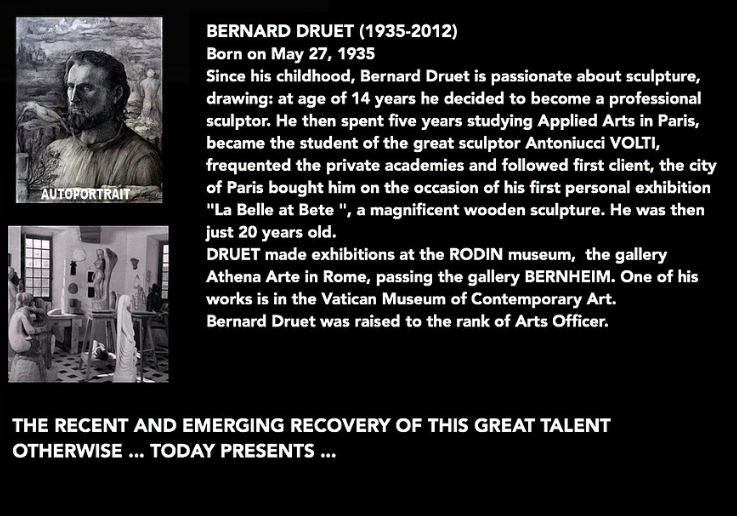 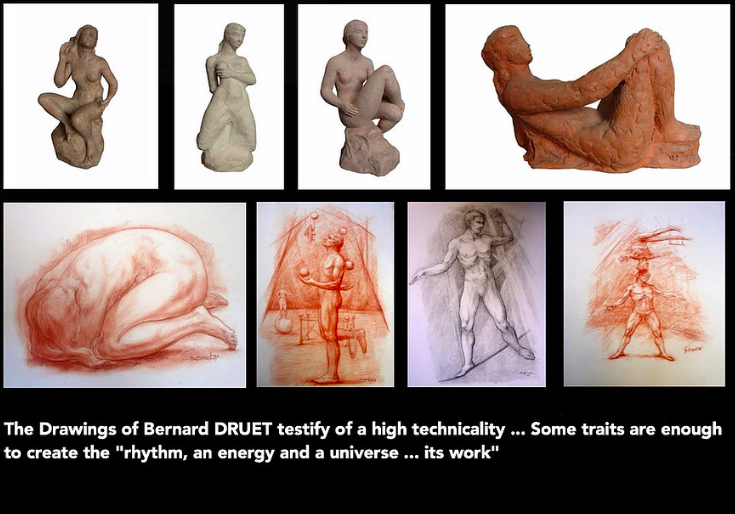