Now is online in 2 business days in Your Home 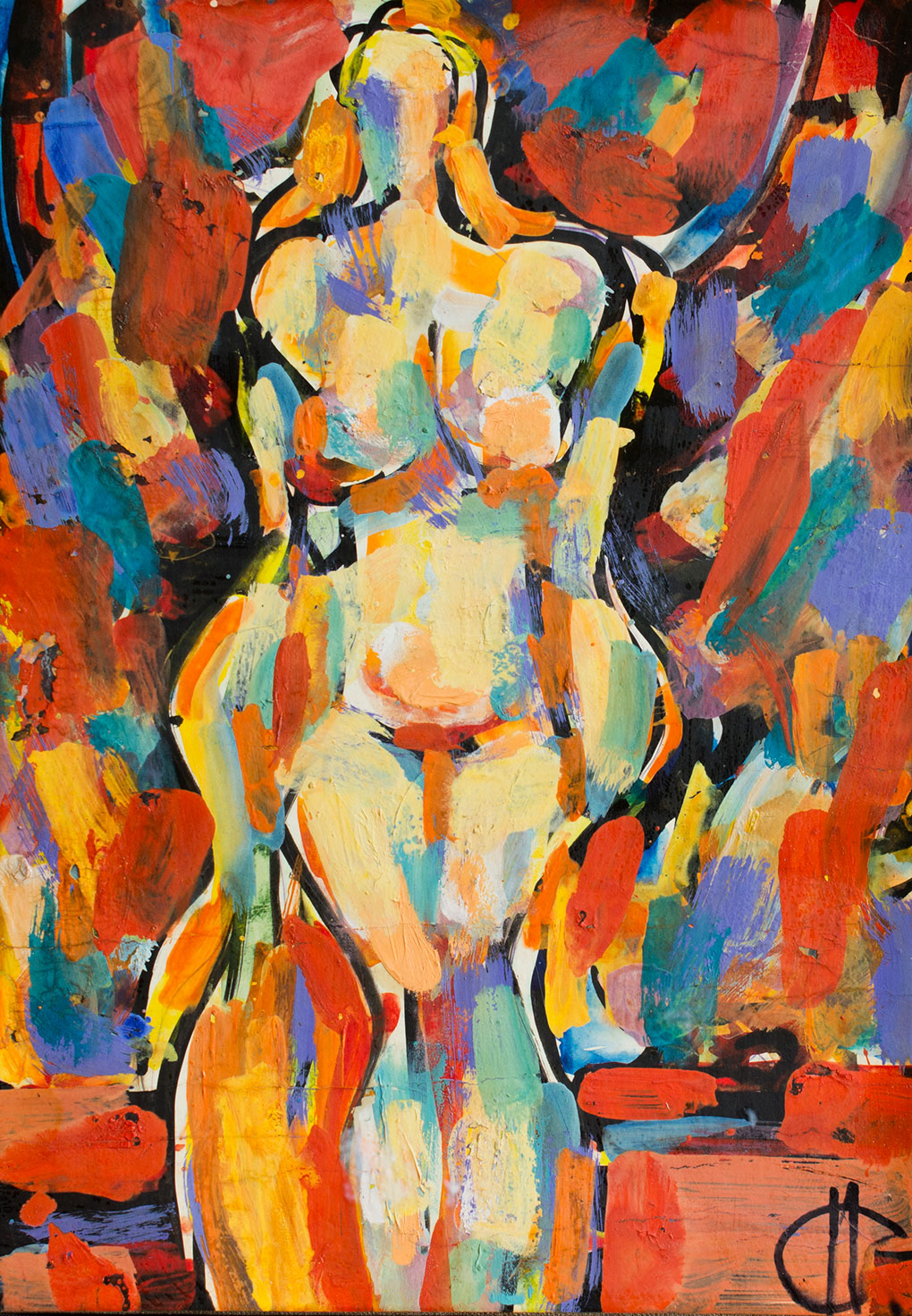 Alex Salaueu use of intense colors is very individualistic and the viewer will appreciate his work in an original way.

Authenticity: Work sold with a certificate of authenticity.

Alex Salaueu is an artist, Honored Artist of Belarus.

Alex Salaueu, once associated with a meaningful way of Icarus, which, in fact, also looks a metaphor of dedication and commitment to the unknown of the creator.

The essence of contemporary art is the classic Belarusian Avant-Garde. One of the most significant phenomena not only in Art but also in Music, Theater, Cinema. At the heart of the  Avant-Garde impulse – a sharp change of the paradigm of life, when the existing language of culture is no longer able to express newborn meanings and spiritual socio-cultural experience.

Salaueu tends to approach “the expression of the ineffable”. Hence the tendency of the artist’s conceptual, the metaphorical and philosophical content of images. Sometimes it seems that the pictorial space and expressive compositional rhythms of Salaueu paintings are a visual projection of the internal state of the artist.

The creativity of Alex Salaueu had a strong influence on the revival of Vitebsk's experimental art traditions, strengthening the language of abstraction and metaphorical imagery.

Without such an authoritative, in-depth and high principles of devotional art creator, it is possible that Vitebsk Art School in the last quarter of the twentieth century would have developed differently,  Avant-garde Artists. The painting is autonomous, it has its forms, its color, its tonality, the objects we see in life do not play any part. But the very essence of painting can come out better than elsewhere. Color combinations, density, different contributions between color masses, depth, fracture we have succeeded in rejecting the meaning and logic of ancient reason, but we must strive to know the meaning and the logic of the new reason which has already manifested itself in the transcendental.

Belarusian Artists experimenters formed the avant-garde, today known in many countries. Belarusian Avant-garde was inspired by the leader of Suprematism K.Malevich, M.Chagal.

HIS PAINTINGS ARE SCARCELY IN AUCTION AS IN HOLD OF MUSEUMS AND  PRIVATE COLLECTORS.

The arrival of Alex Salaueu in Belarus marked the emergence of the post-war avant-garde Art As an artist, who grew up on the classic school of realism and world samples, he studied at the Saint Petersburg Art Academy from 1955-1957. From 1959 to 1965 Alexander Soloviev studied at the Belarusian State Theatre and Art Institute. Chairman of the artistic council of the Vitebsk Art School.

In 1973-1977 – Curator of the Vitebsk regional organization of the Union of Artists of the BSSR.

The 1980s he was a deputy of the Vitebsk City Council of Deputies.  In 1982,  Salaueu was awarded the title of Honored Artist of the Byelorussian SSR. Salaueu awarded the Order of the Red Star, as well as commemorative medals in honor of Victory in the Great Patriotic War.

He was and is an active member of local, regional, national and international exhibitions: