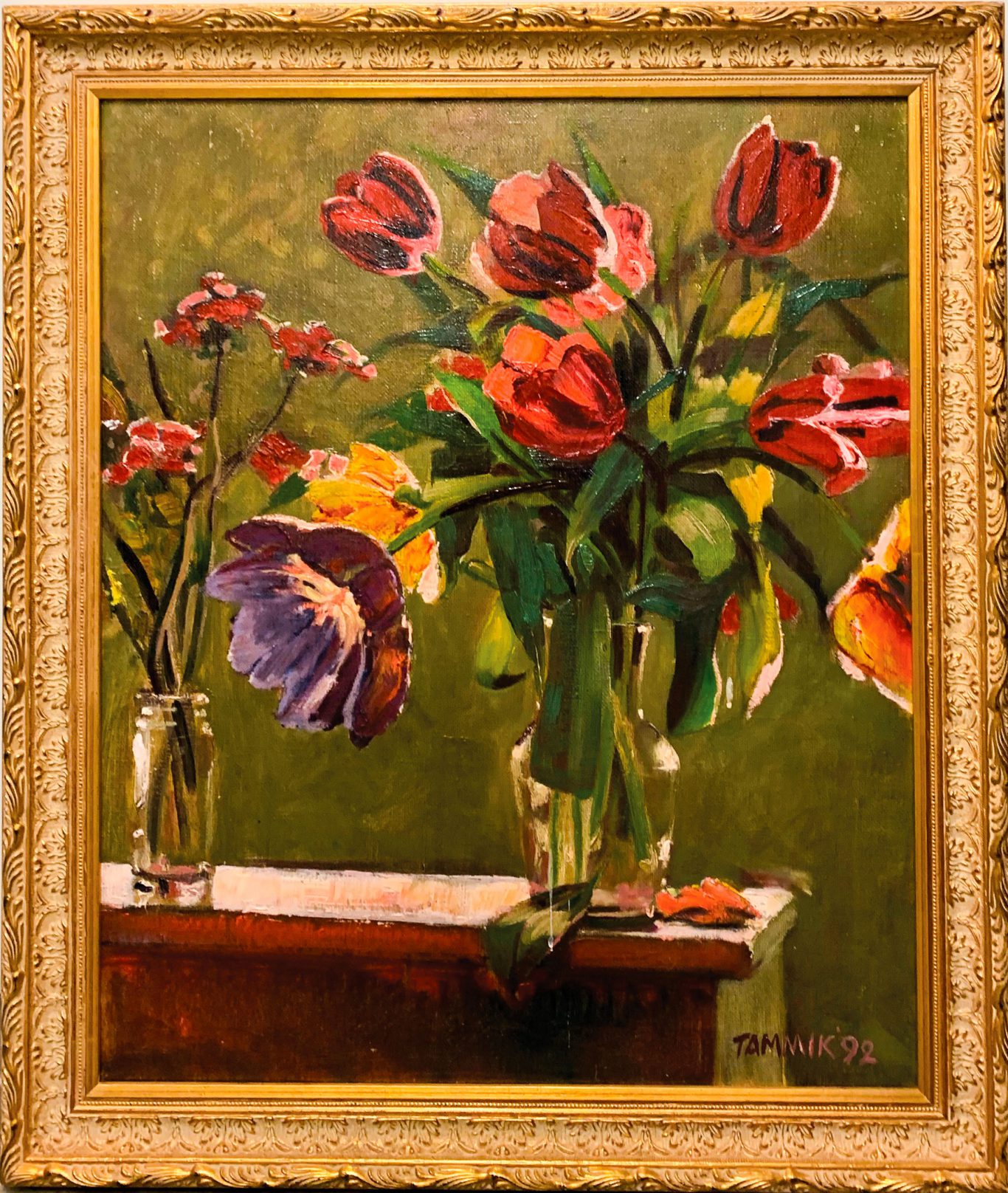 Rein Tammik is a realist who loves to paint accurately about nature. In this painting it comes out very embossed. In the ancient world, the peak of a mime was considered to be when an artist was able to paint a flower that bees came to study. The most famous sunflower malija was, of course, Vincent van Gogh, who has a whole series of sunflower landscapes. There must be something special about this flower. It is far from an ornamental plant, but there is some enchantment in it. The artist has recognized the nature of the sunflower very precisely, emphasizing not its slender height, but a slightly sagging state.
Ants Juske "Estonian countryside through the ages"

This painting is representative of Rein Tammik's French hyperrealistic period. This period is rare and the artist's best period.

In 1967 – 1973 he studied at the Tartu Beaux Art and after  Moscow School of Painting, Sculpture, and Architecture.

In 1975 received the prize of Moscow Young Artist “for the genre” for his painting “Vosxodiaschee”, which was subsequently acquired by Tretyakov Gallery. A member and exhibitor of the Moscow Association of Fine Arts, USSR Society of Artist.

In 1981 Member of Society of Filmmakers of USSR. He participated in the Spring exhibitions in the halls of Academy of Arts.

In the early 1991s, he settled in Paris. Being selected as most impressive artist in Estonia at that time. He painted genre scenes, landscapes, and all works detained mostly come from 1991-1993 as Tammik was under contract of Gallery.

Exhibited at the Paris gallery “Gerard”,  the Salon of National Society of Fine Arts of France and Federation of French artists.

Tammik passed through different stages in his artistic development beginning with his own distinctive version of hyper realism, postmodernism, modernism.

Moving to France he became interested in the French impressionist as Renoir. Monet and realized in early 1991 /1992 in Normandy the most impressive works of his career and obtained stunning prices on sale Rouen, Paris, le Touquet Paris, London.

Authenticity: Work sold with a certificate of authenticity.